skip to main | skip to sidebar

"Creation of the World of Love" project

In 1994, a voice spoke to me in my head and introduced itself as God.

God said to me, "I am going to let human beings to create the World of Love in the near future. Do you want to participate in this LOVE campaign as my Spokesperson?"

I thought, "Is it a true story? I've never heard of such a thing."
Yet, I answered "Yes" to this voice.

Since then, extra-ordinary and panic-ful life began.

God taught me, "If you keep praying infinite happiness for all living beings of this universe, some day you will be freed from all kinds of sadness, will become immortal, and will be able to develop your life infinitely. The people who have reached to that status are called Human Gods."

I thought, "That's great! I have to check if it is true or not."

Since then, I kept praying infinite happiness for all living beings of this universe whenever my brain was free to pray, all day long, every day.

Fourteen years later, on November 15, 2008, God told me, "I will make you a Human God" and began to empower me by injecting God's energy into my body in order to keep me alive.
(Human Beings are kept alive by other people's life energies.)

This God's energy turned out to be the secret to become immortal.
God is immortal and the people who are kept alive by God are also immortal.

So, I am the 1st Human Goddess born on earth.
And I am supposed to be immortal.
Right now, I am waiting for some visible proof of a Human Goddess will emerge.

My divine mission is to serve as a Spokesperson of God in this project.
投稿者 hgAtsuko 時刻: 19:52 0 件のコメント: 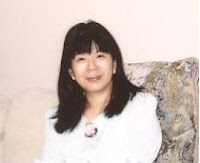 My father was a doctor and my mother was a nurse. They lived in the northern part of Japanese Main Island. I was born as the 7th child of my father.
My parents bought a house in Tokyo for children to go to school there.
And when I was 11, I moved to Tokyo.
I studied at the Boston University for 2 and half years and returned to Tokyo.
I worked as a freelance translator at home for about 10 years in total.
At the same time, I did other various jobs outside, like writing articles for a monthly magazine, writing textbooks, worked for a few companies’ in-house seminars, etc..

And I formed a company.
Night mare began.
Unidentifiable enemies started to attack my business.
It was like a mixture of an occult-movie and a spy-movie.
I struggled in chaos to restore my business and life with my full strength for 2 and half years, and I was completely exhausted.
My life was totally destroyed by those unidentifiable forces. In those days, I thought that my enemies seemed to be organizational crime practitioners.
I thought, “I can’t live any more unless I can get rid of those enemies.”
In such a situation, on June 15, 1994, around 11:00 o’clock at night, an unseen voice spoke to me in my head, “It is dangerous to stay here. Go back to your parent’s house.”
And my body moved by itself against my will and began to pack my clothes as if I would move. At that time I did not understand what was going on.
Next morning I said to the voice, “I am tired! Sleepy! I can’t drive my car!!
And I fell into sleep for several hours.
But I sent 5 or 6 big plastic containers for clothes to my parents’ house and went to a super-market near by and met one of my very close friends there.
Next day, this friend came to my house to talk with me for hours and saw me off. I drove to my parent’s house. 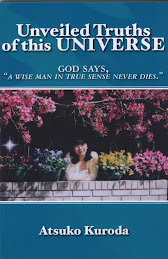 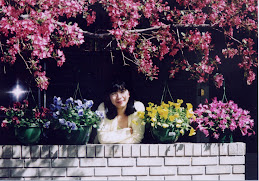 Creation of the World of Love